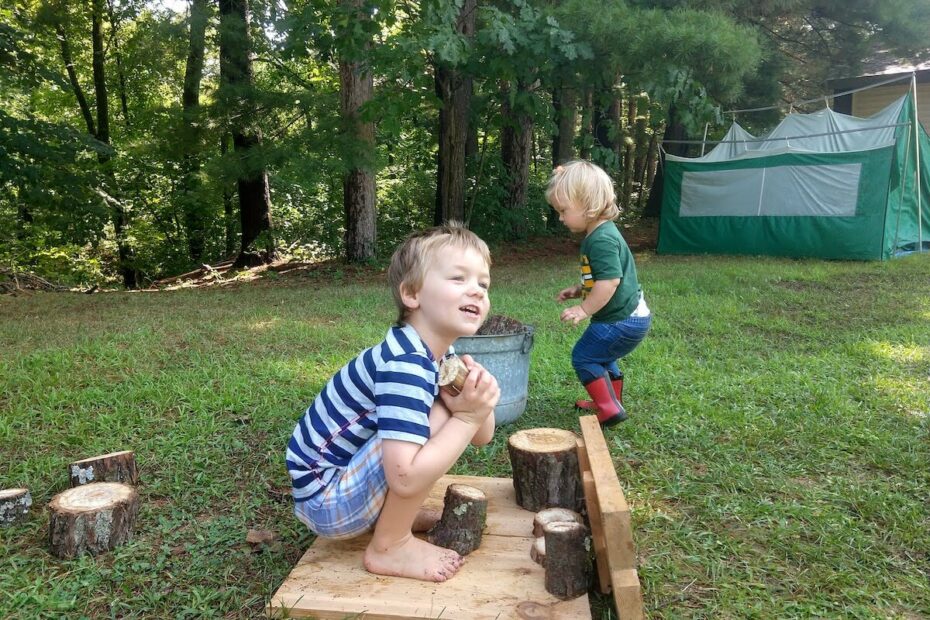 This post has a special place in my heart. It first appeared on my first blog, Montessoriishmom and was then reprinted on Motherly. It opened the door for me to write about Montessori for different parenting sites, which has been such an honor and brought me so much joy. I wrote this when my oldest child was 8 months old, but these lessons still ring true for me, more than 4 years later!

Teaching little ones was such an honor and so much fun (most of the time).

I feel so lucky to have had the experience of being in the classroom before having children of my own because I learned so much about children and how to interact with them, but also because I gained valuable lessons about the type of parent I want to be.

To be clear, I know it’s about 1000 times harder to be the parent you want to be in the moment than to think about it in the abstract.  I worked mostly with 3-6 year older (a little bit with toddlers too), so I won’t need to use most of these ideas for quite some time.  I may fail at all of them, who knows.  These are just a few things I hope to keep in mind as my little guy grows based on what I saw work (and not work) with parent-child interactions when I taught.

I want my little guy to learn as many words as possible in the next couple of years…but there are a few words, like “shy” and “picky” and “bored” that I’m in no hurry for him to learn

Obviously children will learn these words on their own eventually, but why speed up that process?  Why teach a child that when there’s nothing going on, you / they are “bored”?  I promise you will regret it when they tell you 1000 times in an hour that they’re bored.

“Oh, you’re bored?  Bored means there is nothing to do.  I have something you can help me with.”  Proceed to involve them in folding laundry, sweeping the floor, whatever else needs doing….they will quickly learn to stop telling you they’re bored and start figuring out something fun to do.

Along similar lines, why teach a child that he is “shy”?  Feeling shy is totally fine, but labeling someone as shy is different.  That becomes part of their identity.

I think it’s important to help small children understand and name their feelings, but when little Johnny is hiding behind your leg, instead of saying “Sorry, Johnny is shy, he wants to stay with me,” you could say “Johnny, it seems like you’re feeling hesitant to go in today.  I see your friend Bobby over there / I see your favorite book is available to read”.

Same with picky – sure some children are picky eaters, but if they hear you label them as “picky,” it becomes a part of how they see themselves and they are much less likely to try new things.

Children are perceptive.  Children want your attention.  They will quickly figure out what gets the most attention from you and do more of that thing.

If you ask your child about their day and then focus in on the one negative thing they’ve mentioned and proceed to question them about it for the next half hour and comfort them (even if they weren’t upset about it to begin with…), they will quickly learn to bring up more negative things.  Whether or not anything bad has happened.  A little disagreement they had with a friend becomes a huge drama where they were the victim – this is not to say your child will lie, but that the way they view what happened will change.

How you see the world impacts how they see the world.  Parents do this because they want to make sure their children are okay and are taken care of.  Of course it’s a parent’s job to be their child’s advocate and protector.  But if you have a big reaction every time your child mentions anything “bad” happening, they will likely begin focusing on / embellishing these interactions, and becoming more upset over them.

Picture this: Little three-year old Sally has spent twenty minutes putting on her own shoes.  She sat there and concentrated and did it herself, even though it’s so hard.

Mom comes in to pick her up from school: “Oh, your shoes are on the wrong feet.  Let’s fix that before we get in the car.” Mom proceeds to do it for little Sally because it’s faster.  Message: You did it wrong and I don’t think you’re capable of doing this on your own.

If you’re worried your child might be uncomfortable, you could say “Do your shoes feel comfortable?”   If they say yes, just leave it alone and maybe make a mental note to show them a trick for remembering which shoe goes on which foot later.  Or not.  They will figure it out eventually.

Imagine this scenario: A little girl in pigtails comes bouncing into school, a smile on her face, lunchbox in hand.

Mom: “Poor little Jane had an awful morning.  She slept terribly, cried about putting her shoes on, and fell and scraped her knee on the way to the car.  Good luck with her today.”

The little girl is no longer smiling.  Clearly….

Children generally move on quickly.  While all of the events of a rough morning are likely still swimming around in your head, the child has likely moved on.  Even if she hasn’t, why not give her a fresh start when she gets to school (or to a friend’s house, or wherever you’re going).

This could also be broadened to say avoid talking about your child like she’s not there – she is always listening.

If you need to tell a teacher or another adult about something going on with your child, leave a note!  This way the relevant information is passed along and the child doesn’t hear the reminder that she’s probably in a bad mood and may be a pain to be around today.  Yikes.

This isn’t what it sounds like – this does NOT mean let your child do whatever they want.  It’s just that children, especially toddlers and very young children, are sensitive to the fact that they are constantly told “no”.

There are ways you can rephrase what you’re saying to avoid directly telling them no and triggering a power struggle.  Examples:

Child: “Can I have a piece of candy?”

Parent: “Yes, this evening, after we eat dinner.”  (Or, “Mmm, I like candy too, I wish we could eat it every day!  Candy is a special treat.  We’ll have some in a few weeks on Halloween.”)

Parent: “Ooo, that looks like a fun one!  I’m going to take picture of it so I remember it when you have a birthday.”  (or write a note – children love seeing you write notes, it shows them what they’re saying is important to you.)  This trick is from my friend Natalie and I love it and definitely plan to use it!

Child: “Can I go play outside?”

Parent: “Yes.  As soon as we’re done cleaning your room, you may play outside.”

Even though he’s only 8 months, I try to practice this way of talking with James because I think a big part of it is habit.  When he tries to roll away while I’m changing his diaper, I say “You may roll / crawl as soon as we’re done with your diaper”.  It may not make any difference to him yet, but I think it’s helping me remember to practice this skill.  I try to save “no” or “stop” for things that are unsafe so the words have more impact.

Do you use anything you’ve learned at work in your home?